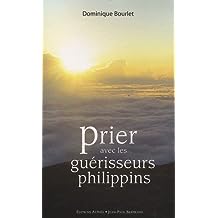 Click here Would you like to report this content as inappropriate? This word for car is only used in the north of France. I ended up smashing some dried bread. Pray that I would be a light to everyone I meet. It should be ready in the middle of September. Thank you all for your prayers, cards, emails, notes on Facebook, and financial support.

Wednesday, August 10, Geography. First to tell you where I have been exploring I need to give you some idea of France's geography. France is divided into 27 regions. Like our 48 continental states compared to the 50 if we count Alaska and Hawaii. But more important is the next smaller governing area, the ' department '. There are departments and mine is 'le Nord'. Literally translated means 'the North'.

The departments are given a number in alphabetical order. Nord is given the number 59 because it falls at 59th in the long list. This is also what determines our postal code. It gets even more exciting and closer to home when departments are divide d into arrondissements. This is what I want to talk to you about. I live in the section arrondissement of the Nord called Avesnois Ah ven wah who gets its name from its "county seat" Avesnes-sur-Helpe. There are towns ranging from 34, to 71 inhabitants to total , people. So far I have visited 41 towns out of the Posted by Nathan Phillips at 6: Thursday, August 4, Mission Avesnois.

I haven't blogged in a while but I found something fun to talk about. For my vacation I will be visiting all of the towns in the area where I live. I live in a very green area. Most of the towns where I live are in the regional park "Parc naturel regional de l'Avesnois". I also add that my area is unknown to most if not all tourist maps that look at France as a whole.

This evening I went to see a musical based on the Blues Brothers movie. Currently my toilet leaks. It's most likely because of a bad gasket but I cant get the lid off to see inside because there isn't a lever but a button on the top in order to flush. So ya I needed a wrench from the hardware store.

The theater where the musical was to be held was right next to the store so I just walked to the theater after getting what I needed and I left my car in the Brico Depot parking lot. At the intermission I found my car unacessable because the parking lot's gate closed at 7: I was able to get a ride home from a friend Marc who came to the show as well. The sign said that they close the gates at 7: Posted by Nathan Phillips at 2: Thursday, December 24, Christmas Eve.

It is written by a French woman to reach pre-teens with the Good News. This book was different for me because I was involved in the editing process as liaison between the editor and our illustrator. The author wanted a cartoon raccoon to follow along the reader of the book. We found a friend of a summer intern who is an awesome artist.

I gave him all the instructions and the list of drawings that we needed. This was fun because I translated everything from French to English. I was invited over to a friends house for lunch yesterday. We had raw oysters, soup and mashed potatoes. Then I tried something new. I tried cow tongue for the first time. The idea is kind of funny. It tastes like beef coincidence? It was finished before Christmas but it won't be delivered until just after. Tonight I will be at my director's house for a Christmas Eve meal.

Tomorrow I will go up to Brussels with friends for a Christmas get together. I pray that God would bless you all where ever you are this Christmas. If you are troubled I pray God would grant you the peace that only comes from him. If things are great I pray you will know that the only real joy we can have is in God.

If you are busy I pray you make time to slow down and remember our God that took time to set make himself like us to pay the price for us to be with him. Posted by Nathan Phillips at 5: Saturday, August 29, X-rays from my ankle. Saturday, August 22, August. At the shop we had a barbecue with a visiting team from the states on Friday, August 31st our last day of work. I however missed out on the barbecue to travel to Alsace, a region in France near Germany.


My friend, David drove up from Paris Thursday night to stay the night at my place and we left at 6am in the morning. Our reason for going was to film a wedding ceremony for a friend of a friend of ours, Ruben. David was able to borrow two professional video cameras from the place where he works giving us three cameras with Ruben's camera.


It was a 6 hour drive from Maubeuge France. We took a nice break in Luxembourg to visit its beautiful capital. We arrived early in the afternoon after traveling through the gorgeous pine covered Vosges mountain range which is really close to the Cascade range near Seattle. The houses and buildings in Alsace are much more like German houses than the houses here in the north of France. Mmm I could eat it all day, but we were too busy setting up to get our fill so when we got back to Ruben's parents house where we were staying, I had a snack.

The next day, Saturday, the wedding. After breakfast we went to a store called E. Then after lunch we headed to the church. My job was to stand behind the main camera, pan to focus on musicians and change the cassette. Not hard but important. It went well, more than two hours of standing on a table behind the camera for a lovely wedding for two people that love each other and Jesus.

After the ceremony I packed up the equipment and David went around the crowd doing video interviews with family and friends. They also had large pretzels like you might find at your local American sports stadium. Then we were off the the 'dinner'. In France there is a general order to wedding ceremonies. First the couple and close family and friends will go to the town hall to sign official papers and become 'married' because here the state does not recognize a pastor to marry a couple.

Then there is the ceremony similar in many ways to the States. Last is the dinner, which is a long event which can start around 6pm and goes until 2am or later. There is food and there can be dancing and time for sharing. Guests are either invited to the ceremony or to the ceremony and the 'dinner'. David and I didn't know the bride and groom but because we look good behind a video camera we were invited to the dinner. The food was great. Not too many courses.

I think just the normal appetizer, main course, and dessert. That evening there were slide show presentations, skits, singing, dancing, and live music from family members. From working during the wedding and not sitting I got tired that night so we left at 2am when the party was still alive.

The next day we got up in time to eat and go to church with Ruben's parents at the same church. David and I found that we were the only ones to show up to church from those at the dinner everyone else must have been pooped or it could be a cultural thing.

Sunday afternoon we had lunch and took a well deserved nap.

In the morning we headed back to the north directly to a two week outreach mission in Douai, a city Forty-five minutes west of my place. Believe it or not we had McDonald's on the way which keeps my average to one time a year for fast food. I wasn't totally sure what I was getting into. As well as a car wash at a nearby parking lot. All donations from the street activities and the car wash went to two organizations.

The other, SEL, gives food and vocational training for kids who are taken advantage of in Africa We stayed at the Schwab's house, most stayed the whole two weeks, some left early and others came late but we tended to stay above thirty mouths to feed. There was a group from a town called Bitch in the east of France several Germans amongst those from the north of France. It was a great time of fellowship with old friends and new ones. I volunteered for the car was which I enjoyed. We had all the supplies but no signs so I made six signs two make our work known.

The first day I think it was 5 cars. Then the next day there were 9! It was great providing a service for others and the money donated didn't go to ourselves for a trip or nice hats but to those who really needed it. I started out in a tent but my allergies acted up. I moved into the house on the third floor. Then I had a fever and hard of breathing. I went to the doctor and got some prescriptions.

Sunday I was feeling better for church. During the free time I went and played soccer with our group. One person from our group even had the chance to share the good news of Jesus with some local youth and invited them to play soccer with us. That's when it happened.

The X-ray showed that my ankle wasn't broken but sprained. I could no longer was cars: The next few days I stayed at the house and hopped about on crutches. I would read, occasionally help cut veggies at the house and I made certificates for those that scored the highest during the week for the games along the street. There were articles in two papers about our project "Tendons leur la main" roughly translated Reaching out to lend a hand".

One was the regional paper and the other was the paper for the city of Douai. The final day after two weeks of games, music and cleaner cars we had a big show with live music, skits, more unicycles and juggling for the people from Douai to enjoy.

We served drinks and snacks to those who came and there was a gospel message at towards the end. Saturday we all went to the beach and everyone else in the region had the same idea so the freeway was packed. It was fun but I don't recommend crutches with sandy beaches. Sunday we had a good church service, then lunch. A friend was able to drop me off in Maubeuge as I didn't have my car and I couldn't drive anyway. Coming back home was weird and too quiet after two weeks of being around people and lots of activities. I am very thankful to have an elevator in my building to go to my apartment on the 4th floor.

Even doing the simplest of things are difficult with one foot. I am also thankful for the help from others the other day my neighbor saw me struggling to take the garbage down to its receptacle and she took all my bags for me and my friends from the shop did some shopping for me. God is good and he still provides for all of my needs. Thank you all for your prayers as I recover.