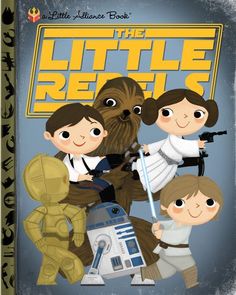 
King Amy Sarig King better known to many readers as A. A Conversation with Ann M.

A Conversation with Patrick Jennings Patrick Jennings talks to PW KidsCast about his latest book, 'Guinea Dog 3,' as well as why he feels right at home writing for middle-graders and what other animal-themed adventures he has in store for readers.

A Conversation with Adi Alsaid Debut author Adi Alsaid talks about his YA road-trip novel, 'Let's Get Lost,' how his own travels have shaped him as a person, and what it's been like seeing his first book make its way into the world. A Conversation with John Rocco John Rocco talks about the autobiographical origins of his new picture book, 'Blizzard,' as well as what it's been like to be involved with the Percy Jackson franchise and to get a call from the Caldecott committee. Contemporary Native American Voices,' talks about how the essays, poetry, and artwork in this new anthology work to dismantle cultural stereotypes while celebrating the breadth and diversity of Indigenous heritage and experience.

A Conversation with Ryan Graudin YA author Ryan Graudin talks to PW KidsCast about the real-life inspirations behind her new novel, 'The Walled City,' about three teenagers trying to escape a lawless city rife with violence, drugs, crime, and prostitution. A Conversation with Mary E. Pearson Author Mary E. Pearson discusses 'The Kiss of Deception,' the first book in her Remnant Chronicles series, as well as keeping secrets from readers without tricking them and not worrying about what genre her books fall into. Fish, as well as her own path to becoming a writer.

A Conversation with Michael Fry Longtime comic-strip creator Michael Fry discusses his Odd Squad series of illustrated middle-grade novels, which adds a third title, 'King Karl,' this summer. The show stars two former teen idols who were notable for roles they played in popular s sitcoms, Lawrence for Gimme a Break! Hart and Lawrence are both listed as executive producers of the series, and have each directed individual episodes. On October 8, , ABC Family announced their order of an additional 20 episodes for the first season, creating a season of 30 episodes.

Both Lawrence and Hart directed episodes in season two.


Lawrence's episode is called "Wherefore Art Thou Lennox" and Hart was the first woman to direct an episode of the series. On May 24, , Shout!

Freeman David Hartle Brenda Hsueh. Retrieved March 21, Retrieved April 24, Retrieved August 17, Retrieved May 7, Retrieved June 19, Retrieved May 31, Brown and her mother, Gwen Judith Hoag , arguing over why she and her younger siblings year-old Dylan Joey Zimmerman and 7-year-old Sophie Emily Roeske can never go out for Halloween, and why Marnie cannot go to a costume party. Her mom offers no clear explanation. Gwen's mother Aggie Debbie Reynolds , who is an expert witch , shows up for her annual Halloween visit.

The children are happier to see Aggie than Gwen is, as Aggie openly encourages the children to get more involved in Halloween. Unknown to Marnie, Aggie is intent on training Marnie as a witch.

Before heading home, Aggie reads the children a bedtime story called "Halloweentown", a mystical place where witches, vampires and monsters of all sorts live in peace. Sophie points out a drawing of a witch in the book that resembles Marnie; Aggie does nothing to stop Marnie from imagining such a thing. Gwen and Aggie then get into an argument. Gwen insists Marnie will be raised as a normal person and not a witch. Aggie says she disagrees, but actually she is there for another reason: Gwen thinks they just moved, but Aggie says it is not that simple. 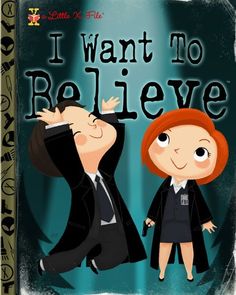 They see Aggie getting onto a magical bus, and sneak onto it through the back door. When they arrive in Halloweentown, Aggie does not see Marnie and Dylan getting off the bus, and the children lose sight of her. At the same time, Marnie and Dylan realize Sophie snuck onto the bus. He whistles for a cab which is driven by Benny voice of Rino Romano , a skeleton with a bad sense of humor. The children find their grandmother's home, and against her better judgment, Aggie decides not to take them home immediately.

She says she will start Marnie's witch training, but has to take care of "the bad thing" first.